Covid Risk Rises 50% If Passengers Board Planes Back To Front: Study 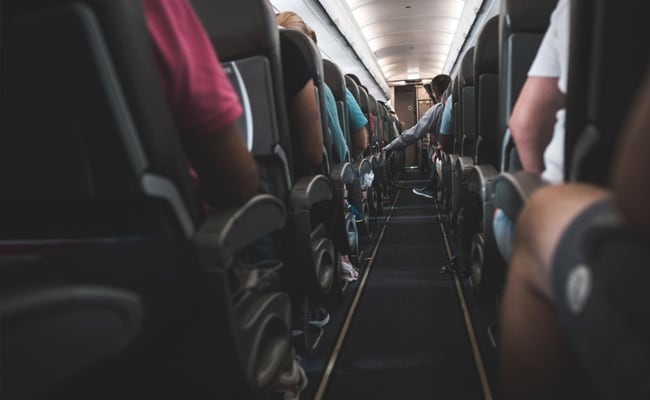 Boarding passengers seated at the back of the aircraft first — a Covid-era change by Delta Air Lines Inc. and others to cut the risk of infection — actually increases the chance of catching the virus by 50%, a scientific study showed.

So-called back-to-front boarding is also twice as risky as letting passengers on at random, even though it does reduce exposure between seated passengers and those walking down the plane, according to the study published Wednesday in the Royal Society Open Science journal. The higher risk comes from closer contact between passengers in the same rows clustering in the aisle as they stow their luggage.

Delta adopted back-to-front boarding to “minimize contact with other customers,” according to its website, though the U.S. airline only boards 10 passengers at a time. The change was among several across the industry — including blocking out middle seats — to persuade passengers it is safe to get back on a plane.

Scientists from institutions including the University of West Florida and Florida State University simulated 16,000 possible passenger movements for the study. “The new policies do not improve on the old ones in any situation,” they said. Delta’s media office didn’t reply to an email seeking comment.

The risk of virus exposure could be reduced by stopping people using overhead storage bins, and by boarding passengers in window seats before those in aisle seats, according to the study.