‘Friends: The Reunion’: Best episodes to watch ahead of Thursday’s special

Chandler famously went, “Where?” when Rachel asks if the gang can get coffee one last time in the finale of the tenth season, as Friends came to an end in May 2004, drawing the curtains on a pop-culture phenomenon the likes of which the world hasn’t witnessed again.

17 years later, Matthew Perry and the rest of his co-stars — Jennifer Aniston, Lisa Kudrow, Courtney Cox, David Schwimmer and Matt Le Blanc — are coming together for a special which promises a lot of reminiscing from their days of shooting the sitcom, and the impact it had on their lives… and ours.

Also read | Get ‘First Day First Show’, our weekly newsletter from the world of cinema, in your inbox. You can subscribe for free here

The show has truly stood the test of time, and while some of its portrayals have been acknowledged and debated over the years for being problematic, it still remains the go-to comfort show for audiences globally. Since early 2020, the pandemic has resulted in a revival of its popularity, as millions — along with a generation of first-time watchers — tuned in to watch the six navigate love, life and everything in between around Manhattan.

Ahead of the hyped reunion, it isn’t easy to come up with a list of those that stand out amongst 236 episodes. But hey, of course, we need a nostalgia hit before hunkering down to watch Thursday’s special, and unless you’re among those who have been binging on every season since the initial announcement from HBO Max, the following ones should serve as a pleasant reminder.

Picking one from every season, here are some all-time classics with truly great writing, the best jokes, and heart-warming moments to relive the camaraderie that the gang shared on-screen. Sing it with us one more time? So no one told you life was gonna be this way…

The One With The Blackout (Season 1, Episode 7)

This one really should have been called ‘The One where gum is perfection.” While the rest of the gang is holed up in Monica’s apartment during a New York city blackout, Chandler despite being stuck in an ATM vestibule (with Jill Goodacre!) gets the best moments and one-liners- thanks to his ‘impish charm’. There’s singing in the candlelight, a lost cat, and an Italian dreamboat, all while Ross struggles with his feelings. 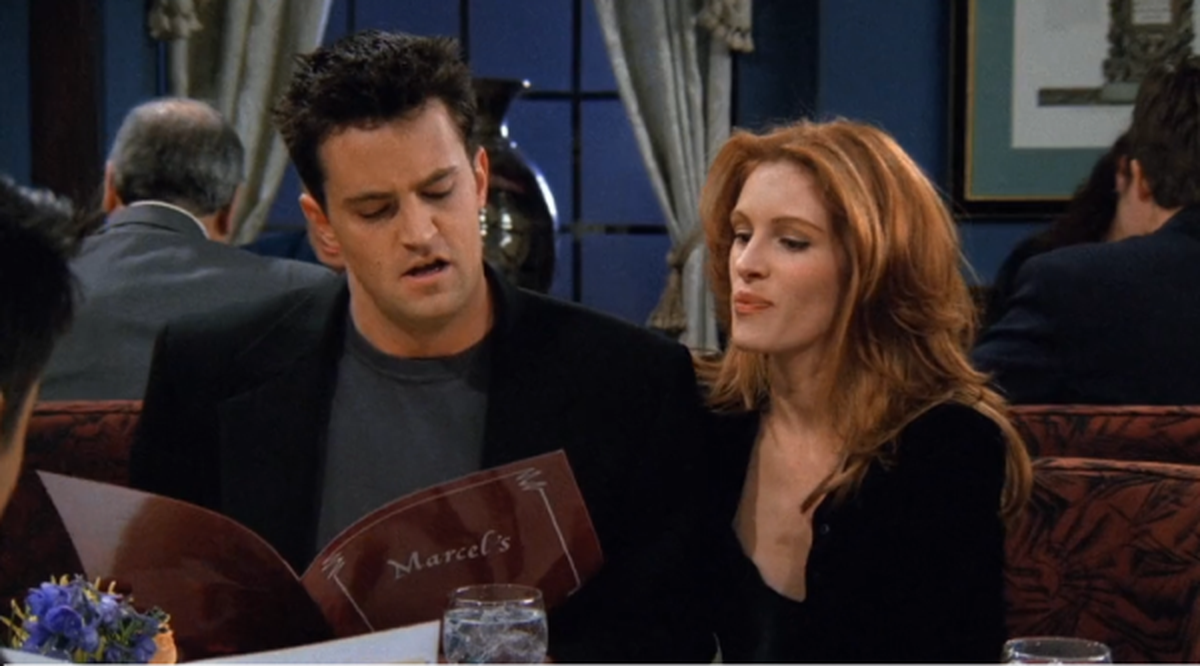 Marcel, Ross’s former pet monkey and now a successful film star, isn’t the only celebrity who was impressive in this one. Guest-starring action film star Jean Claude Van Damme and the very famous Julia Roberts, this memorable episode packs in a twisted revenge saga, some heartwarming pet love, and jealousy which gives way to an ingenious catfight featuring hot sauce being used to ruin a handbag. A lot of the action takes place on a movie set…. where the film shot is about a virus outbreak. Relatable content too.

The One Where No One’s Ready (Season 3, Episode 2) If you’re fighting over the ONE comfortable chair in your friend’s house, what petty lengths would you go to? Stealing and running away with the sofa cushions? Or all the way to the other extreme where you put on all the clothes your friend owns? Joey and Chandler put their friendship to test in this one. Punctuality might be Ross’ strong suit, but his sister tries hard to be ‘breezy’, and his girlfriend is using the 20 minutes before his important evening to be a confused fashionista… mayhem ensues.

The One with the Embryos (Season 4, Episode 12) 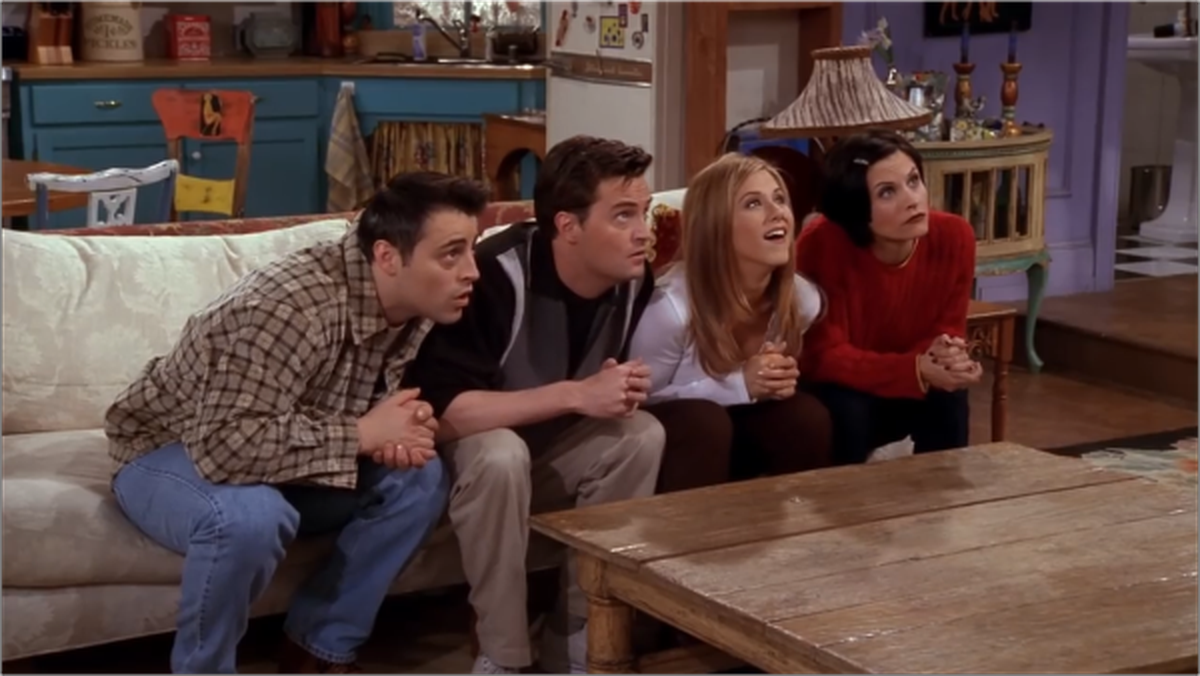 While Phoebe takes a heartwarming step and helps out her brother and his wife, the stakes are high for Monica, Rachel, Chandler and Joey. Probably one of the most chaotically-funny episodes from the show, the quiz gave us a peek into some lesser known trivia about the gang. Who else Googled ‘Michael Flately – Lord of the Dance’ after this one?

The One Where Everybody Finds Out (Season 5, Episode 14) For a group that spends so much time together, it was rather surprising that Monica and Chandler’s relationship remained under the wraps for as long as it did. So the writers probably decided that when the cat was finally out of the bag, it would happen in extremely dramatic fashion. My eyes, MY EYES! 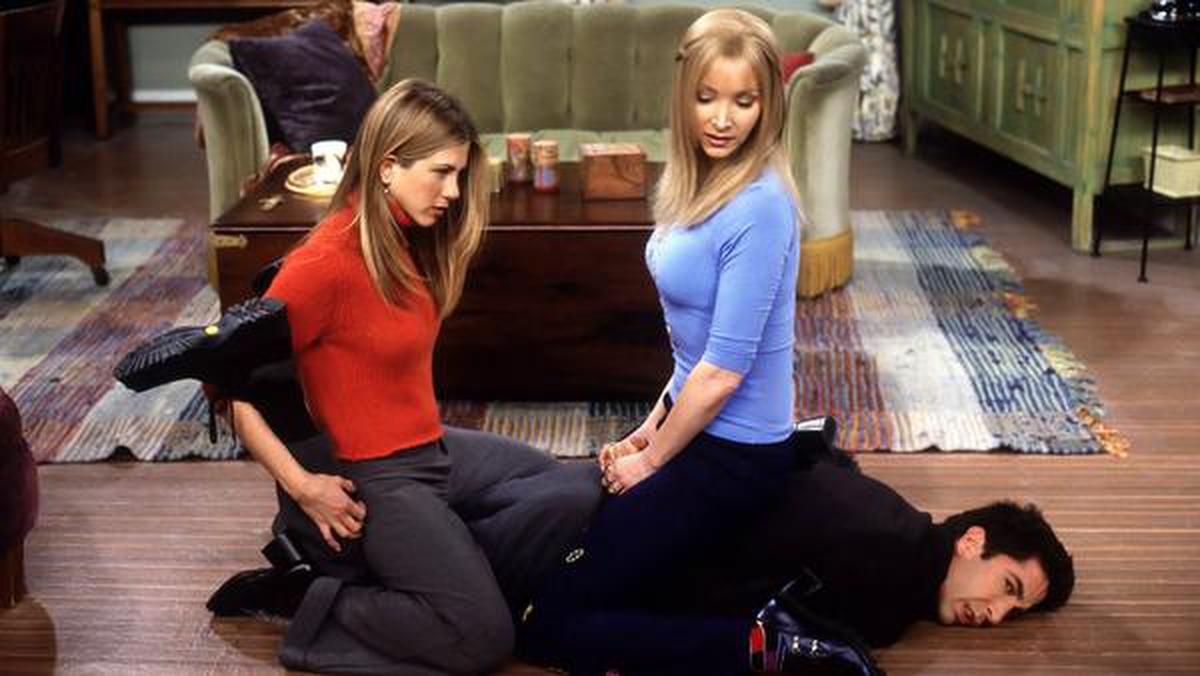 This one easily ranks among Ross’ best episodes on the show. Whether Unagi is actually a ‘state of complete awareness’ or a salmon skin roll, it’s hilarious to see Phoebe and Rachel one-up over Ross as he attempts to lord over them with his knowledge on the subject. He doesn’t know that there’s only DANGER that lies ahead.

The One Where They All Turn Thirty (Season 7, Episode 14) 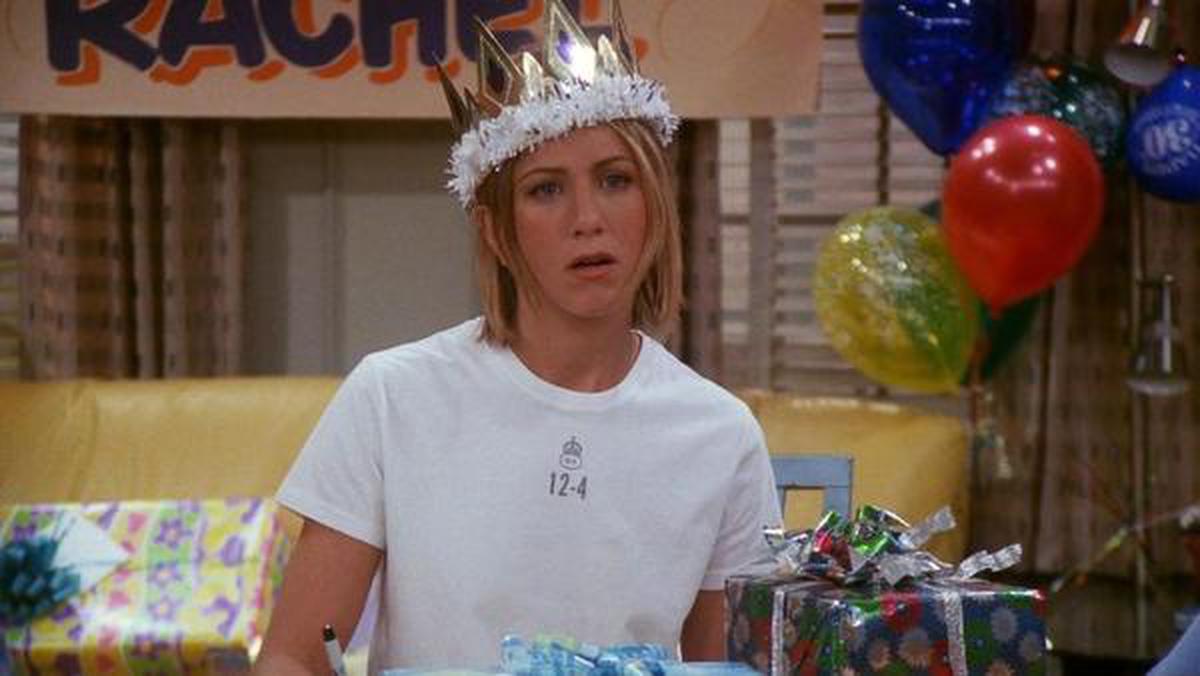 “Why god, WHY?!” Joey’s reaction to turning 30 is eerily similar to what a majority has to say about the state of the world now. But in the Friends universe, turning 30 is even more of a catastrophe. Monica walks away with top honours here, when she gets drunk and creates a ruckus at her formal birthday dinner.

The One with the Halloween Party (Season 8, Episode 6) This episode doesn’t just have Sean Penn in a guest role, but also features the most eclectic line up of costumes. There’s Chandler (Joey in a sweater vest), Pink bunny (Chandler), Spud-nik or Space Doody (Ross) and Rachel in a dress she wants to wear before she gets too pregnant. The highlight easily is Spud-nik trying to ‘prove it like a theorem’ to Pink Bunny, leading to a hand-wrestling test of strength.

The One with the Rumor (Season 8, Episode 9) A Friends fan favourite, this Thanksgiving episode featured Brad Pitt, who Jennifer Aniston was then married to. In a hilarious spin, the writers cast Pitt as Will, who hates Rachel from high school for being mean to him. There was no romance on-screen for Hollywood’s then it-couple, but the ‘I Hate Rachel Club’(which Phoebe promptly joins), more than made up for it.

The One With the Lottery (Season 9, Episode 18) The chemistry and jokes when all of them come together for an episode like this one are the best. Instead of having parallel storylines, they’re all united with a singular focus; this time on the lottery. Of course, some reasons are more questionable than the others. The writing is excellent and the jokes constantly keep coming. There’s also a new word to be learnt: Gleba!

The One Where Rachel’s Sister Babysits (Season 10, Episode 5) It always is fun seeing Ross burst a vein in rage, even more so when Amy (a terrific Christina Applegate), Rachel’s sister, gets Emma’s ears pierced. Ross and Rachel do try to talk her out of her dream career as a baby stylist, and there’s also Joey who isn’t too enthused with having her as a flatmate. Lots of drama.

Some moments that deserved to be up there: Monica and Chandler’s routine (S6), Phoebe’s touching monologue to the newborn triplets (S5), Monica proposing to Chandler (S6), Phoebe and Mike’s wedding after a snowstorm (S10), Joey attempting to teach dance (S3), when Rachel realises Ross is her lobster (S2), Joey learning French (Season10), Chandler meeting his dad in Vegas (S6) and finally… when Joey doesn’t share food! (S10)

Dancers in Kerala to raise funds for COVID-19 relief

Funds raised from an online breaking battle and a workshop to be handed over to the Chief Minister’s Distress Relief Fund The dance community...
Read more
Entertainment

How art therapy can help kids through trauma

Art opens up a non-verbal form of communication for children having a tough time expressing their thoughts and feelings. Often, it can also...
Read more
- Advertisment -

An Old Coin 25 Paise Can Get You Rs 1.5 Lakh Online. Know How – ABWorldNews