Chemancheri Kunhiraman Nair used to be overwhelmed whenever he recalled his first train journey. A journey he made alone as a teenager and which led him into the world of Kathakali, the art form that remained his passion till his death last week at the age of 105. 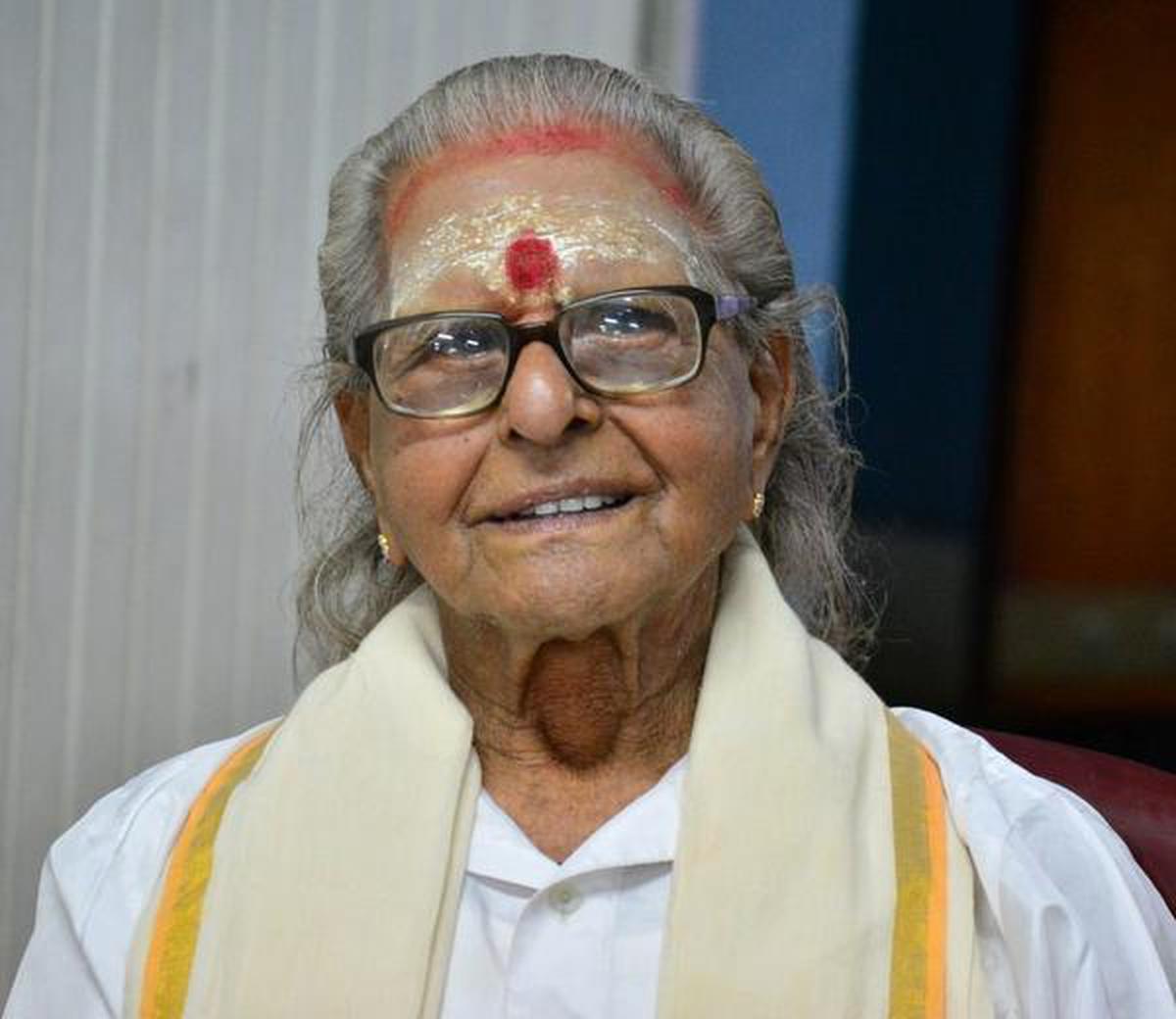 Cheliya, in Malabar region, had no association with Kathakali a century ago, when young Kunhiraman spent his days watching the rehearsals of musical plays. His deep interest led the 14-year-old to join the troupe that was then working on a Purana-themed production. It was then that one of the experts setting up the stage asked the boy if he would like to learn Kathakali.

“We had only heard the name. None of us had seen it,” Nair writes in his 2012 memoir. Nonetheless, the idea fascinated him. Though his uncles opposed the idea, his elder sister was supportive and Kunhiraman boarded a train from Koyilandy after a four-mile walk from home. He got down at Thikkodi. The next day, he reached Meppayyur, where he met his guru Karunakara Menon, who was more a guardian than a teacher to the young Kunhiraman, who had lost his mother when he was a toddler and, in his teens, his father. Kunhiraman Nair with his family after a performance in 2013

The monsoon regimen at Radhakrishna Kathakali Yogam was particularly tough, but within a year, Kunhiraman had made his stage debut. His 1931 performance as Panchali in Kiratam won appreciation from the gathering at Kuniyil Bhagavati temple.

Karunakara Menon came from Tholanur in Palakkad . He was a young dancer when his father and tutor Echara Menon was invited to the kingdom of Kozhikode to head a Kathakali school founded by an army chief of the Zamorin. This resulted in the northward spread of the Kalladikodan style of the art form.

Historians cite the first half of the 18th century as the period when the Kalladikodan style flourished under the legendary Vellattu Chathu Panikkar. “Kunhiraman Nair turned out to be its last practitioner,” notes scholar Sudheesh Namboodiri. “His method revelled in a quick flow of emotions. It looked as if the eyes drew the bhava from the hand gestures.”

This distinction could also be a sign of eclecticism: Nair also learned from Malabar’s Kathakali maestros Ambu Panikkar, Kadathanad Ramunni Nair and Mattasseri Kochugovindan Nair. Besides, Kunhiraman Nair engaged with art forms such as Bharatanatyam that demanded felicity of movement. Encouraged by the Gandhian, Kaumudi teacher, he learnt Bharatanatyam from Salem Rajaratinam Pillai and Madras Balachandra Saraswathi. He collaborated with choreographer Guru Gopinath (1908-87) to develop the nascent Kerala Natanam. He was even part of a circus troupe, presenting shows across the Deccan for two years.

Kunhiraman’s enthusiasm enriched north Kerala’s cultural profile. In 1945, he set up a dance institution in Kannur and, two years later, in Thalassery. The 1974-founded Pookkad Kalalayam in Chemancheri was again a milestone in his artistic journey. For the past 38 years, he ran a reputed Kathakali Vidyalayam at Cheliya. These creative pursuits kept Kunhiraman going after the untimely death of his wife and elder child. 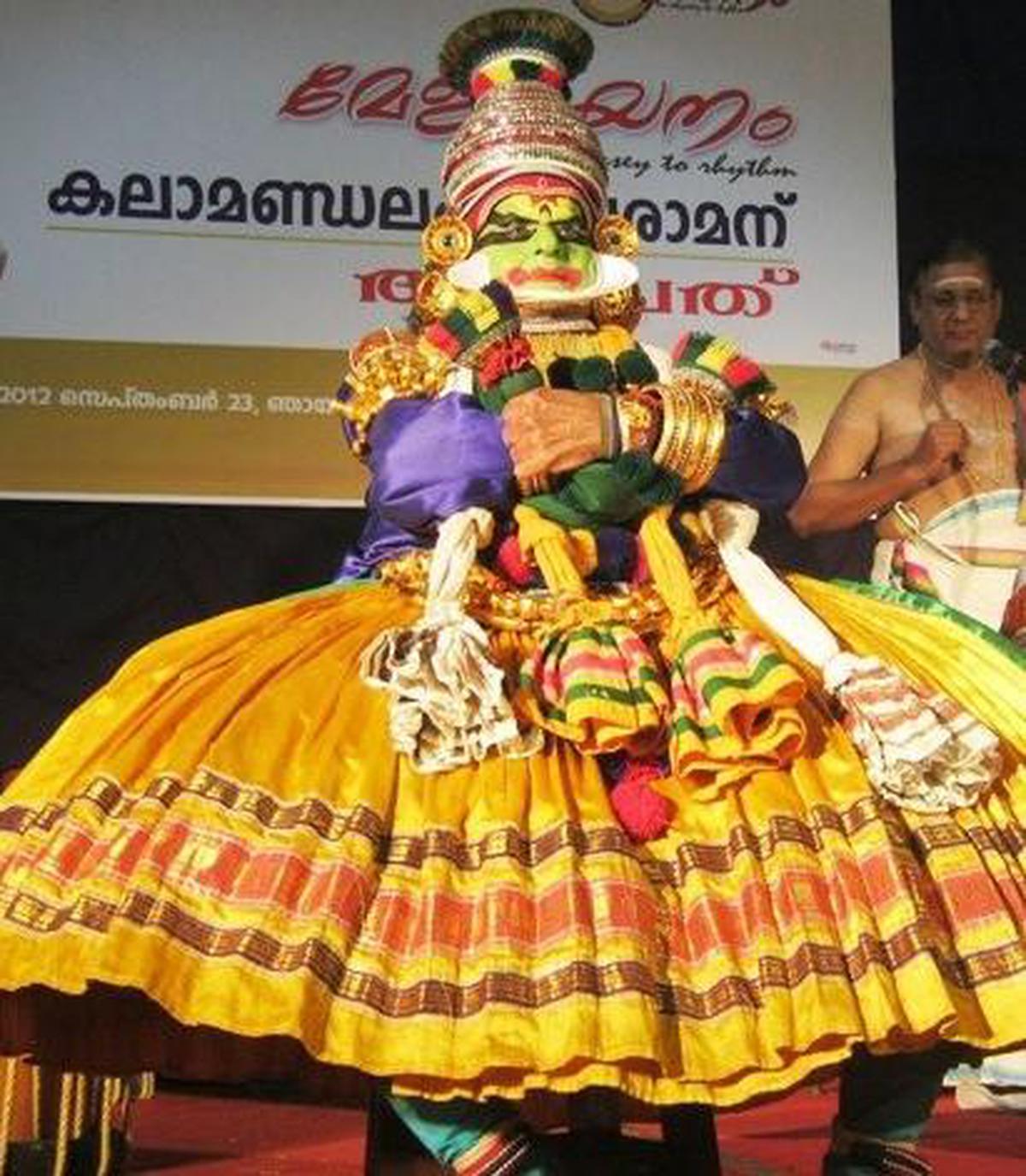 “Even as a centenarian, he continued to impress as Krishna, a role he played to perfection by portraying both the charisma and divinity,” says renowned chenda percussionist Mattannur Sankarankutty.

Veteran dancer-scholar Padma Subrahmanyam recalls how Kunhiraman Nair’s eyes appealed to her in one of the photographs in his autobiography, Jeevitha Rasangal, in Malayalam. “A friend of mine read it out for me. I later met him when he was 99!” Padma Subrahmanyam’s disciple and film actor, Vineeth Radhakrishnan, also trained under Kunhiraman Nair. “He led a disciplined life that reflected in his art,” says Vineeth.

Besides Krishna, the maestro loved to perform the role of Kuchela. And like Krishna’s impoverished friend, for Kunhiraman Nair too, material gains did not matter. “If not a Kathakali dancer, I would’ve been a farmer,” he once said.

The writer is a keen follower of Kerala’s performing arts.