Many moods of melody – The Hindu

A significant cultural event of Delhi, SaMaPa Sangeet Sammelan once again saw an interesting mix of talented young artistes and well-known names. It commenced with the mangal dhwani of shehnai played by Bhaskar Nath, an upcoming musician from a family of shehnai artistes from Meerut. He trained under his grandfather Pt. Om Prakash, uncle Pt. Jagannath, and father Pt. Vishwanath, a vocalist of Kirana Gharana, before coming under the tutelage of the legendary Pt. Jasraj.

His presentation of raga Madhuvanti was evidently a blend of the nuances of various styles, which was amply proven in the aalap, jod and gat in Teentaal. He was ably assisted by Athar Hussain Khan on the tabla.

Next came a robust and impressive rendition of raag Chandrakauns by Pt. Bholanath Mishra. Having imbibed the musicality from his mother Chandravati Devi, father Pt. Rakhal Mishra, elder brother Pt. Dinanath Mishra, Pt. A.T. Kanan and Pt. Rajan and Sajan Mishra has given him a stronghold on various styles like khayal, tappa, thumri, dadra, etc. He presented the bada khayal, ‘Tohi To Kartaar Surat Vidhata’ in Jhaptaal and ‘Ab Mori Payal Baje’ in dhrutlaya Teentaal. He was accompanied by Ajay Mishra on the harmonium and Abhishek Mishra on the tanpura.

This year, the sammelan included three duet recitals. The second day witnessed two such presentations, commencing with a power-packed tabla recital of Ustad Akhtar Hasan and his son and disciple Zakir Akhtar Hussain. The father-son duo of Farrukhabad gharana presented Teentaal accompanied by Sabir Hussain on the sarangi and Fardeen Hasan on the harmonium.

The second duet of the evening featured Kedia Bandhu, the well-known duo from Jharkhand and torchbearers of the Senia Maihar Gharana. Pt. Mormukut Kedia on the sitar with his brother Pt. Manoj Kedia on the sarod presented a lively rendition of raag Sindhu Bhairavi. Keeping with its aim of reviving dhrupad, the sammelan featured a senior dhrupad singer Pt. Vinod Dwivedi along with his son Ayush Dwivedi. Having learnt from a number of stalwarts like Pt. Kashi Nath Bedas, Shobhan Sarkar, Pt. Vidur Mallick and Pt. Abhay Narayan Mallick, Pt. Dwivedi has established himself as a guru and composer. The traditional aalapchari in Chaar Khand, the division of four, and bandishes of Pt. Dwivedi in 12-beat Chautaal, ‘Adi Shakti Mahadevi Mata Durge Bhawani’ and 10 beats Sooltaal, ‘Tuhe Mero Sab Mat Pita Tuhe’, in raag Bhopali was fascinating, supported by Mukesh Dwivedi’s proficient pakhawaj accompaniment.

The sitar recital of Ustad Saeed Zafar Khan of Dilli Gharana, representing the tenth generation of musicians in his family, marked a fine blend of gayaki and tantrakari ang, layakari and raagdari in vilambit and drut gats in Teentaal in his chosen raag Bihagda. Having learnt from his father Ustad Zafar Ahmed Khan, he has gathered into his playing melodiousness, tonality and rhythmic variety. He was ably accompanied by his brother Rashid Zafar on the tabla. 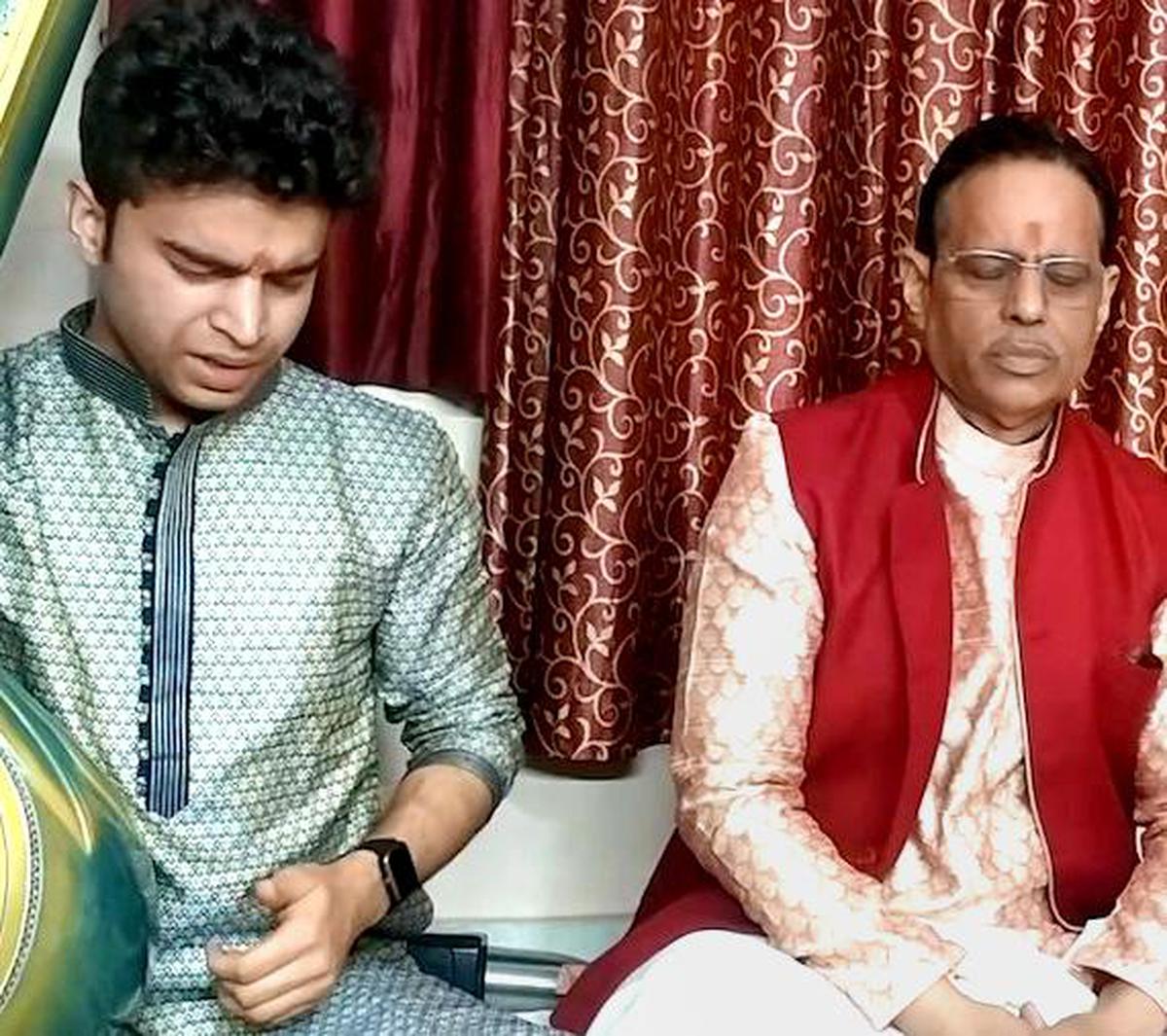 The festival concluded with a Kathak performance, ‘Darkness and Light’, by young dancer Shivani Varma, a disciple of Pt. Birju Maharaj and Guru Shovana Narayan, and mentored by Sharmistha Mukherjee. Her training came through in her presentation.

SaMaPa (Sopori Academy of Music and Performing Arts) is a premier cultural organisation under the guidance of santoor maestro Pandit Bhajan Sopori and son and disciple Abhay Rustum Sopori. It has been conducting musical events that offer a platform to artistes of different age groups. The duo belong to a 300-year-old musical lineage that represents the Shaivite-Sufi parampara of Kashmir.

The writer is a music critic