With time on their hands and normalcy nowhere in sight, Carnatic musicians are busy creating interesting and thematic music series on YouTube. Unlike during the first lockdown, which saw a surfeit of random and generally poor quality programming in a frenetic need to stay visible, these series are more about researching the nuances, knowledge-sharing, and documentation. Backed by the latest technology, the professionally produced series offer excellent options for musicians to engage with listeners in the absence of live concerts.

Senior vocalist Geetha Raja sings with her students in her videos. “I wanted to document less-heard kritis in the authentic Dhanammal bani taught to me by my guru, T. Brinda. Her teaching was so consistent that if a few of her students got together now, we could render a kriti in unison without any rehearsal,” she says.

Geetha taught her students these rare pieces, including padams and javalis, over several weeks, and then the group did some dry runs as well before recording. She also provided her students notations for the songs as a ready reckoner during practice sessions. “Padams, in particular, require maturity and repeated singing to convey bhavam. The videos motivated the students to not only perfect their singing, but to also discipline themselves to, for example, consistently singing each sangati twice.” She hopes the series will serve as a permanent record of a particularly hallowed patantaram.

‘Little Heroes’ is an animated series by violinist Rajeev Mukundan and his vocalist-wife, Krithika Natarajan. Rajeev, a gaming engineer from Carnegie Mellon University and a talented digital cartoonist and caricaturist had been toying with the idea of animated musicals using Carnatic music. When Krithika saw Baby Yoda on Disney’s The Mandalorian, she wondered what the Trinity might look like, recreated as children. “That’s when I got down to work on the idea immediately,” says Rajeev, who drew the characters and scenes. The simple animation is accompanied by a little description.

Rajeev and Krithika read up on Tyagaraja, Muthuswami Dikshitar and Syama Sastri to get a sense of what they might have been like as children and then embellished it with their own imagination. To depict the characters in an instantly recognisable manner was a challenge — which is why, for example, young Syama Sastri is shown with his characteristic beard. As Rajeev sketched the scene, Krithika worked on the music and its arrangement. She selected a piece by each composer and taught it to her young students, aged between five and nine. “The children and their parents worked very hard. We showed them the illustrations to enthuse them.” The music and the sketch influenced each other. The couple have a list of other iconic Indians from various walks of life; and hope to work on them and eventually compile it all into a picture book.

Nostalgia and laughter tinged with poignancy mark Carnatic vocalist Palghat R. Ramprasad’s PMI Stories. The grandson of Palghat Mani Iyer (PMI), Ramprasad has been releasing a weekly video on his YouTube channel. “It has been my desire to compile little-known anecdotes about thatha and other great musicians of yesteryear, which my family has been privy to. My father and uncle have regaled me with these stories,” he says. Ramprasad began by writing these on his social media handles. “Some of my musician friends thought I should bring them out as videos in Tamil.” 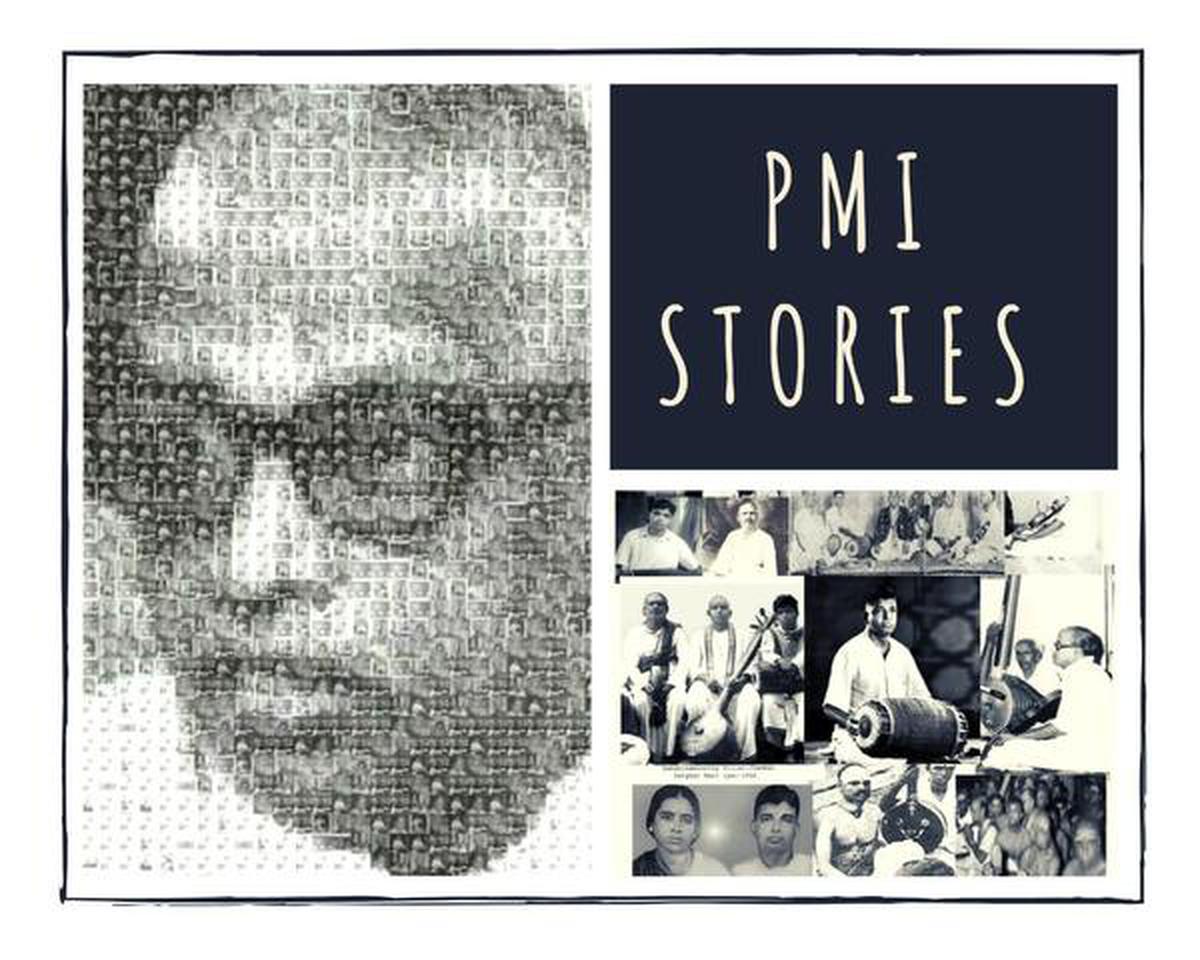 The object of this series, he says, is three-fold — academic (current-day musicians, aspirants and organisers could gain from glimpses into the thought process of the stalwarts), clearing misconceptions about artistes (Mani Iyer supposedly putting Dakshinamurthy Pillai ‘in his place’) and looking at controversial issues (Was Mani Iyer really against the use of microphones?). Through his ongoing series, ‘Layaaswaada – Taste of Rhythm’, ganjira exponent G. Guru Prasanna wishes to raise awareness about different aspects of laya that might otherwise go unnoticed. The episodes feature over 30 leading vocalists, instrumentalists and percussionists from across the Southern states. Topics include aspects of ‘laya vinyasa’ in various nadais, laya in playing for compositions, koraippu, yati patterns, laya in melodic elements such as alapana, compositions, niraval, kalpanaswaras, tanam, pallavi and more. Seven episodes have so far been released every fortnight.

‘Perumal and Providence’ is a three-volume audio production featuring several well-known young musicians. Professionally mixed and mastered by Ishit Kuberkar with recording engineers Ashwin George and M.T. Aditya, the coordinators are Sumesh Narayanan, who has done the rhythm arrangements, and Ravi G., who handled keyboard programming and ideas for many of the interludes. Says Sumesh, “Aditya Balasundaram of Coimbatore wanted a production that commingled pasurams and his father’s favourite kritis, involving many instruments too, reminiscent of the yesteryear Vadya Vrinda. We planned it during the lockdown last year.” The lead vocalists are K. Bharat Sundar and R. Ashwath Narayanan. The pasurams to accompany each kriti were selected by Madhusudhanan Kalaichelvan, using parameters like the meaning of the song, its kshetram, context etc.

The first volume showcases two ten-verse pasurams. Bharat Sundar, who tuned and sang Thirupaan Azhwar’s ‘Amalanadhipiran’ says, “Setting it to tala was the key task since it does not have a metre.” For Ashwath, who tuned Thirumangai Azhwar’s ‘Thirunedunthandakam’, the main challenge was correct word splits. “These were eight-line verses with long words.” Both were set to ragamalikas with coordination to ensure no repetition of ragas.

The second volume features an excerpt from a pasuram sung in viruththam format, followed by a conventional instrumental rendition of a kriti.

To be released soon, Volume 3 is a multi-layered creative confluence, intertwining film and Western influences, electronic music, choruses, harmony and more, with pasurams and traditional Carnatic renditions. “We wanted to show that Carnatic music can be packaged in a contemporary and fun manner,” says Sumesh.

The team was given complete creative freedom in execution. Sayee Rakshith plays the violin on many of the tracks besides being an integral part of the overall musical arrangements. “We derive inspiration even from completely unrelated sources. For instance, the arrangements in one song are heavily influenced by A.R. Rahman. It was truly spontaneous.” Adds Ravi, “We began with how we, as listeners, might enjoy this production. We took on multiple roles and went with the flow.”

In engaging with rasikas in alternative ways, musicians across the board hope to leave permanent, timeless imprints of their work and their legacies, that can go beyond kutcheris.

The author writes on classical music and musicians.

Karthik Subbaraj’s latest wants to have a bit of everything: a drama with an ultra-cool gangster (Dhanush) at the centre, a serious political...
Read more
Entertainment

Watch | In conversation with Taapsee Pannu

Swiss Bank deposits by Indians jump to over ₹20,000 crore, highest in 13 years

From Forza Horizon 5 to Guardians of the Galaxy, the Best Games at E3 2021

Monetary Policy Committee Needs To Be Watchful On Inflation: Minutes