Anthony and Joe Russo’s new film starring Tom Holland in the lead role and an immersive television experience based on the French series of the same name, are new on the platform this month

Here is the complete list of new titles this month on Apple TV+:

For All Mankind (Season 2) “For All Mankind” season two picks up a decade later in 1983. It’s the height of the Cold War and tensions between the United States and the USSR are at their peak. Ronald Reagan is President and the greater ambitions of science and space exploration are at threat of being squandered as the US and Soviets go head to head to control sites rich in resources on the moon. The Department of Defense has moved into Mission Control, and the militarization of NASA becomes central to several characters’ stories: some fight it, some use it as an opportunity to advance their own interests, and some find themselves at the height of a conflict that may lead to nuclear war. 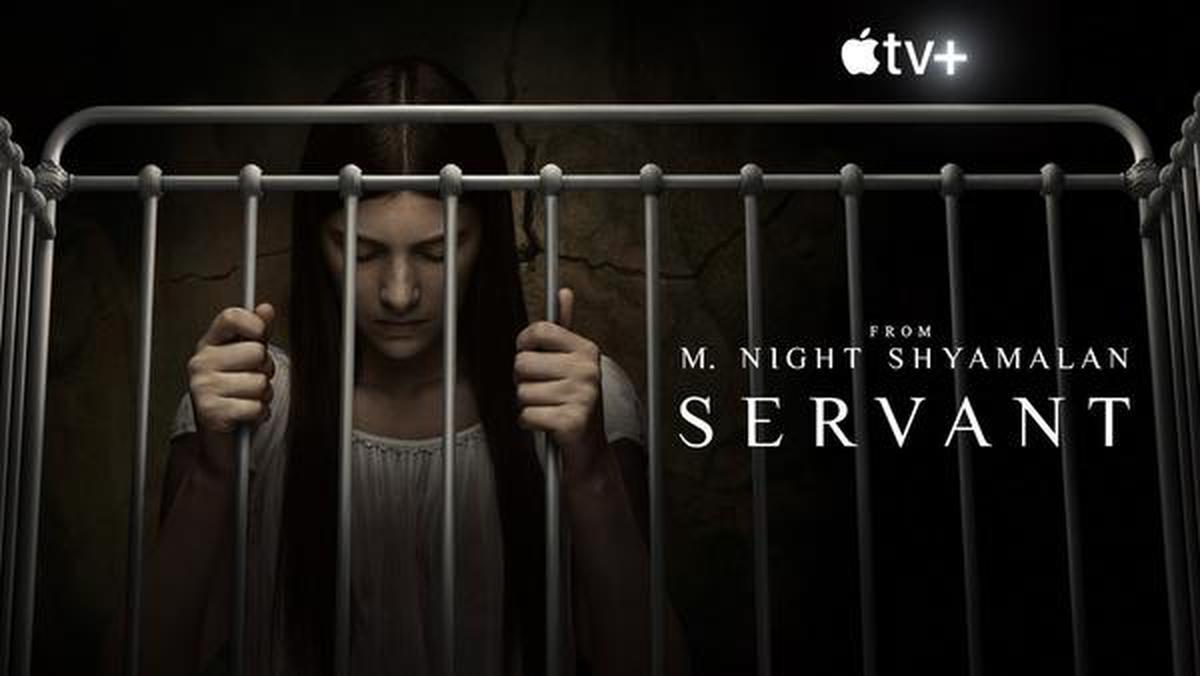 From M. Night Shyamalan, Servant follows a Philadelphia couple in mourning after an unspeakable tragedy creates a rift in their marriage and opens the door for a mysterious force to enter their home. 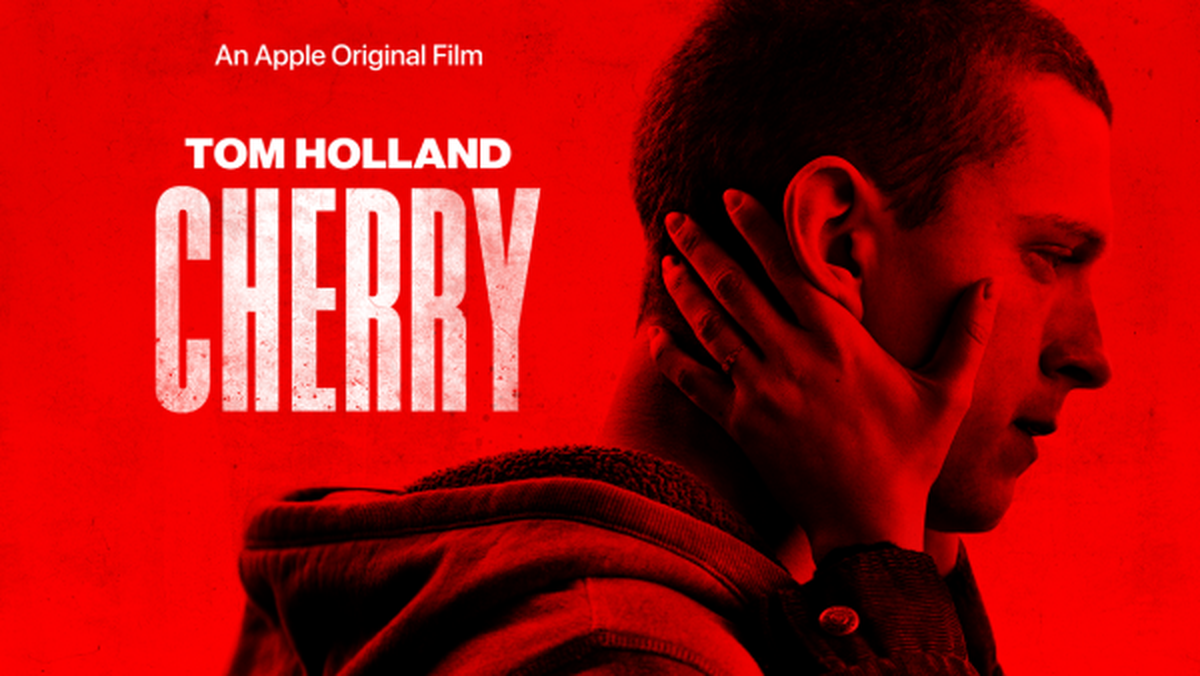 “Cherry” follows the wild journey of a disenfranchised young man from Ohio who meets the love of his life, only to risk losing her through a series of bad decisions and challenging life circumstances. Inspired by the best-selling novel of the same name, “Cherry” features Tom Holland in the title role as an unhinged character who drifts from dropping out of college to serving in Iraq as an Army medic and is only anchored by his one true love, Emily (Ciara Bravo).

When Cherry returns home a war hero, he battles the demons of undiagnosed PTSD and spirals into drug addiction, surrounding himself with a menagerie of depraved misfits. Draining his finances, Cherry turns to bank robbing to fund his addiction, shattering his relationship with Emily along the way. Brought to the screen in bold, gritty fashion by visionary directors Anthony and Joe Russo, “Cherry” is a darkly humorous, unflinching coming-of-age story of a man on a universal quest for purpose and human connection. 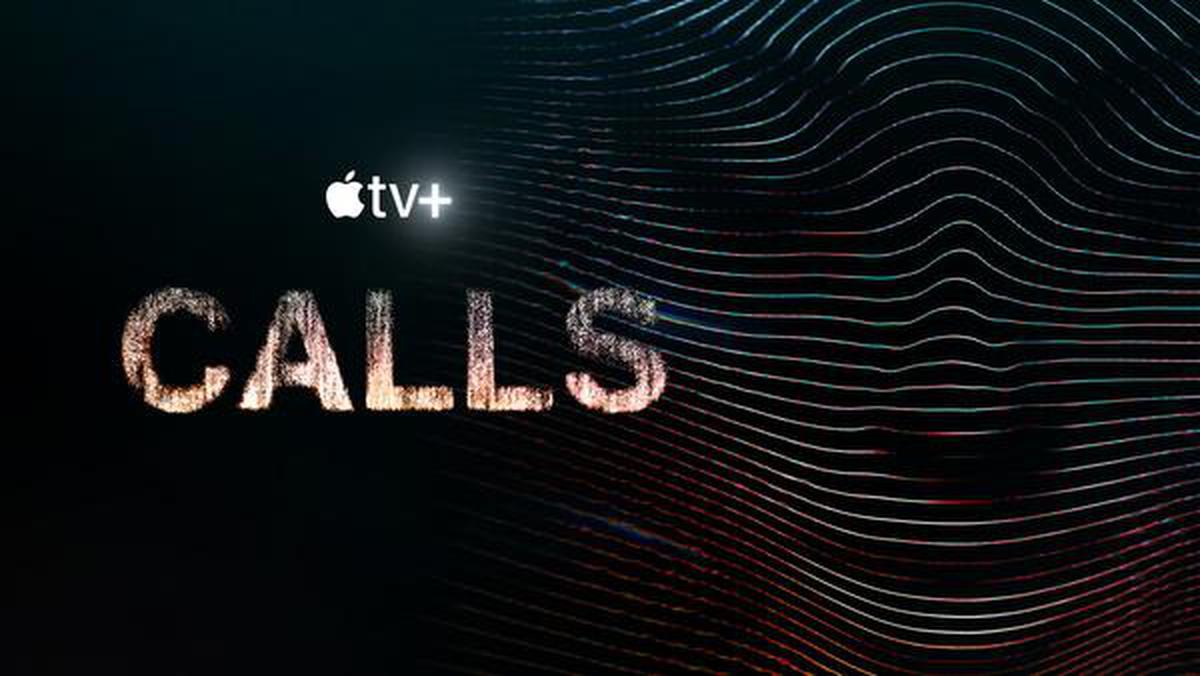 “Calls” is a groundbreaking, immersive television experience based on the buzzy French series of the same name, masterfully using audio and minimal abstract visuals to tell nine bone-chilling, short-form stories. Directed by Fede Álvarez (”Don’t Breathe”), each episode follows a darkly dramatic mystery that unfolds through a series of seemingly average, unconnected phone conversations that quickly become surreal as the characters lives are thrown into growing disarray.

Featuring Lily Collins, Rosario Dawson, Pedro Pascal, Aubrey Plaza and more, “Calls” proves that the real terror lies in one’s interpretation of what they cannot see on the screen and the unsettling places one’s imagination can take them. From award-winning novelist Neil Cross, and based on the best-selling book by Paul Theroux which celebrates its 40th anniversary this year, “The Mosquito Coast” is a gripping adventure and layered character drama following the dangerous journey of a radical idealist and brilliant inventor, Allie Fox (played by Justin Theroux), who uproots his family for Mexico when they suddenly find themselves on the run from the US government. 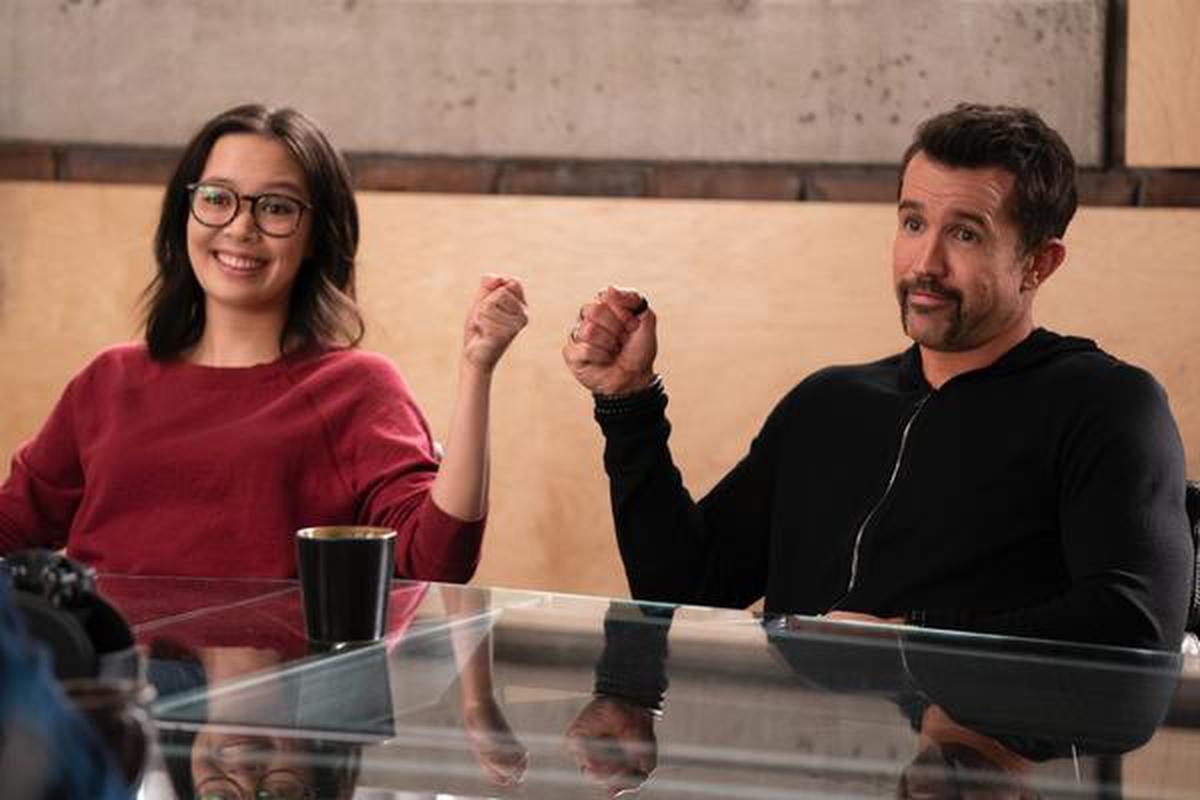 With the quarantine finally over, the new season of “Mythic Quest” finds everyone back in the office (well, almost everyone), attempting to build upon the success of Raven’s Banquet by launching an epic new expansion, but Ian (Rob McElhenney) and the newly promoted co-creative director, Poppy (Charlotte Nicdao), struggle with the game’s direction. Meanwhile, C.W. (F. Murray Abraham) reconciles some unresolved issues from his past, the testers (Ashly Burch and Imani Hakim) test the bounds of an office romance, and David (David Hornsby) loses yet another woman in his life as Jo (Jessie Ennis) leaves him to assist Brad (Danny Pudi).

Set in the idyllic but fragile beach paradise of sunny 1980s San Diego, “Physical” is a half-hour dark comedy following Sheila Rubin (played by Rose Byrne), a quietly tortured, seemingly dutiful housewife supporting her smart but controversial husband’s bid for state assembly. But behind closed doors, Sheila has her own darkly funny take on life she rarely lets the world see. She’s also battling a complex set of personal demons relating to her self-image… that is, until she finds release through the unlikeliest source: the world of aerobics.

At first hooked on the exercise itself, Sheila’s real road to empowerment comes when she discovers a way to merge this newfound passion with the burgeoning technology of videotape to start a revolutionary business. The series tracks her epic journey from a stifled, overlooked enabler to a powerful, confident economic force, as Sheila transforms into someone we take for granted today (but was entirely radical at the time) – the female lifestyle guru. In addition to Rose Byrne, “Physical” stars Rory Scovel, Dierdre Friel, Della Saba, Lou Taylor Pucci, Paul Sparks and Ashley Liao. 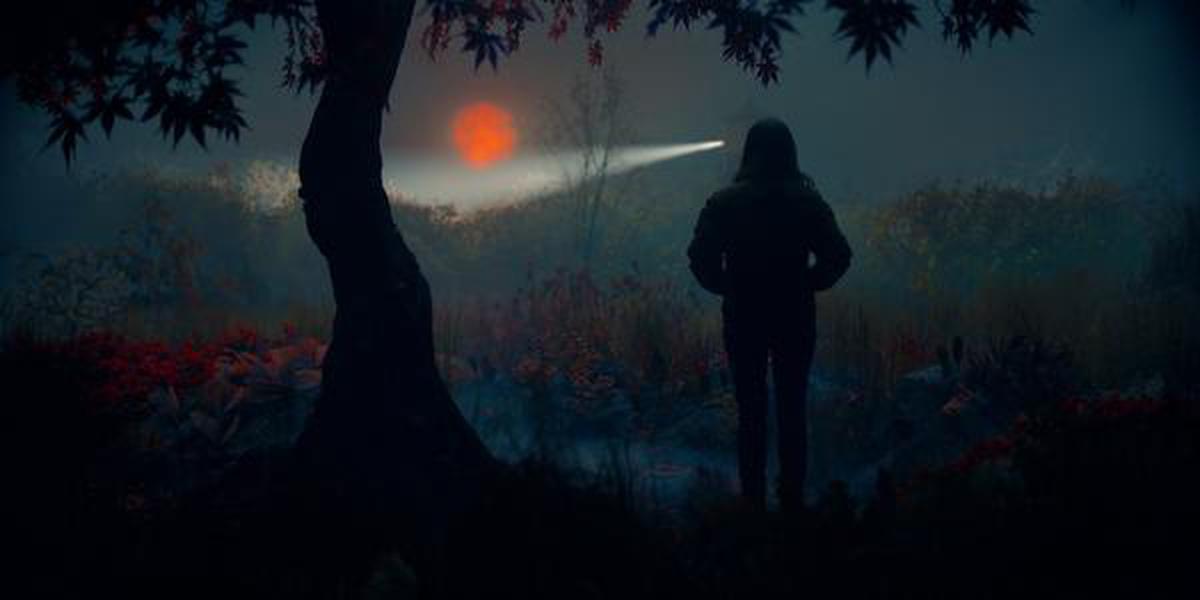 Based on the best-selling novel by Stephen King, and adapted by the author himself, “Lisey’s Story” is a deeply personal thriller that follows Lisey Landon (Academy Award winner Julianne Moore) two years after the death of her husband, famous novelist Scott Landon (Academy Award nominee Clive Owen). A series of unsettling events causes Lisey to face memories of her marriage to Scott that she has deliberately blocked out of her mind. 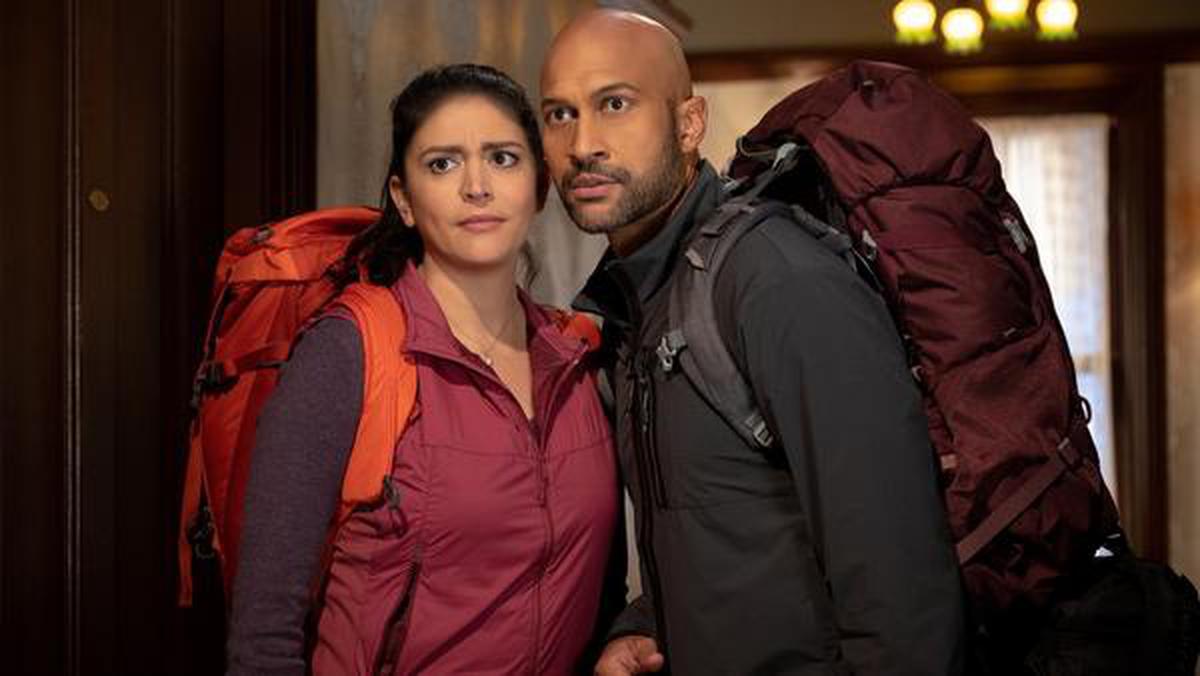 Hailing from Broadway Video and Universal Television, a division of Universal Studio Group, “Schmigadoon!” is co-created by Cinco Paul and Ken Daurio. Cinco Paul serves as showrunner, and wrote all of the original music for the series. Barry Sonnenfeld directs and executive produces. In addition to starring, Cecily Strong serves as producer, and Ken Daurio serves as consulting producer and writer. Andrew Singer executive produces with Lorne Michaels on behalf of Broadway Video.