Home Entertainment The American actor who quotes the Gita: How Alexx O’Nell landed in...
Entertainment

The American actor who quotes the Gita: How Alexx O’Nell landed in Indian cinema

The actor, who was recently seen in Hindi horror comedy ‘Roohi’, chats about his connection with films

Alexx O’Nell is not a big fan of horror films. “The Ring was terrifying and The Blairwitch Project bothered me,” he says, “They stuck to my head so much that it disturbed me.”

That is the reason he loves the twist Indian cinema gives to the horror genre, by adding a dose of humour and making it a horror-comedy. “Isn’t it wonderful,” he says, over a phone call from Mumbai, “It is a lovely mixture because it opens up the frightening moments of the horror genre while diluting the terrifying plotlines, and opening it up to people like me who aren’t fans of the genre.”

Alexx is most excited that he has bagged a project in the horror-comedy genre, in the recently-released Hindi flick Roohi, starring Rajkummar Rao and Jhanvi Kapoor. In the film, he plays an American documentary filmmaker who visits a small village to document an ancient custom. “He is confused and lost, but what is happening in the village is gold for him since he is a photojournalist. So, he clings on to his camera all the time.”

Roohi is the latest addition to Alexx’s colourful filmography, which not only includes films from other Indian languages but also include webseries. “I see more amazing roles for someone like me,” says the actor, who was also part of the critically-acclaimed Hindi web-series, Aarya, “Earlier, it was very difficult for people from outside India to catch my work. Slowly, thanks to OTT platforms, that is changing. It is wonderful for actors like me that OTT is making our work accessible to people across the world.” 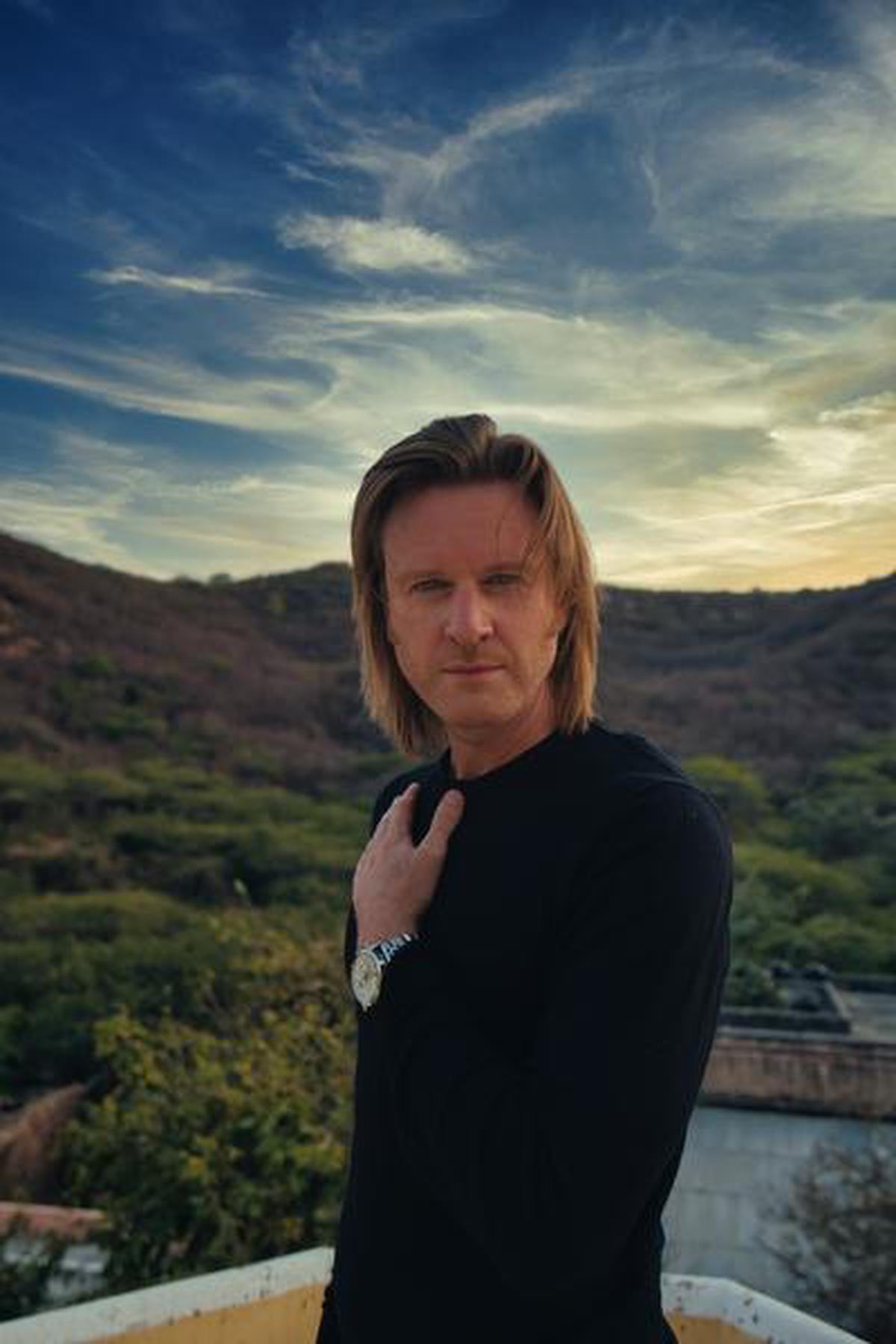 Alexx hails from Connecticut in the US and has been part of regional theatre and musicals there, but it was a chance visit to India that changed his life. “I was an actor-musician and did regional theatre in the US. I was travelling in India for something totally unrelated, and I was called for a modelling act,” he recalls.

Modelling led to ads and that later led to films. Though he debuted with Amitabh Bachchan-starrer Cheeni Kum, his first big production was in the 2010 Tamil film, Madrassapatinnam, starring Arya and Amy Jackson. “South Indian cinema has gained a massive foothold on the world stage…you need to look no further from Baahubali for proof. I am as proud of Madraspattinam and Urumi as I am of any of my Bollywood films. My association with these projects made me realise how South Indian filmmakers assemble a cast not based on where they live but based on the characters they have envisioned,” says Alexx, who recently filmed a cameo with Alia Bhatt in director SS Rajamouli’s upcoming biggie RRR.

Alexx hopes to continue his twin passion: action and music. He recently launched his music career with the single, ‘Still On My Mind’, the video of which featured actress Shama Sikander. Subsequently, based on his work in Aarya, Alexx released his version of ‘A Bhagavad Gita Song’, a track he composed and sung entirely in Sanskrit! “I had to study and memorise slokas from the [Bhagavad] Gita for my role in Aarya. These verses kept dancing around in my head, and I had to compose something with it.”

He chose the folk-rock style for the composition, for which he roped in singer-songwriter Delraaz Bunshah. “Everytime I was tired or travelling, these verses were always inside me that I felt compelled to set it to music in my own style. I really connected with all the messages in the Gita. Krishna essentially tells Arjuna that there is no shame in defeat, but there is shame in giving up. Failure may come and go, but giving up is not an option. That really appealed to me,” says the actor, whose upcoming projects include Bhoot Police and Bengali film Golandaaj.