‘MetroPlus’ sits down with a group of ex-life termers who will make their acting début in Tamil film ‘Pagaivanukku Arulvai’, directed by Anis

It was the first time 44-year-old S Sathyamoorthy faced the camera. Originally from Salem, Sathya, now a resident of Chennai and an LIC agent, walked into the set of Pagaivanukku Arulvai last month and donned a prisoner’s outfit as asked by the film’s director Anis.

By the time the cameras stopped rolling, Sathya was overcome with déjà vu; it was a grim throwback to the days he spent incarcerated in Puzhal Central Prison (and Vellore Central Prison before that) — he had served 16 years from 2002 following conviction on a murder charge.

Sathya is just one of at least 40 former prison inmates who will receive acting credits in Anis’ upcoming film that is set in a prison. Produced by 4 Monkey Studios, Pagaivanukku Arulvai, also starring M Sasikumar, is expected to release in May 2021. “One of the guys called home from the film set to say that sir [Anis] has made us prisoners in the movie too,” quips 43-year-old R Srinivasan, a friend of Sathya’s and another former lifer.

It is at Anis’ office in Valasaravakkam, Chennai, that I meet Sathya, Srinivasan and eight others, all of whom are in their forties and have served terms between 14 to 25 years on murder charges. Photo taken during the theatre workshop conducted in Puzhal Central Prison in 2016; filmmaker Anis and music composer Ghibran are present

Anis takes the banter lightly because nobody in the group is a stranger to him; he has been associated with them since 2016 when he first visited Puzhal Central Prison to train inmates in theatre.

Anis is the secretary of Prison Theatre, an agency he co-founded with Vetri Duraisamy, son of former Chennai Mayor Saidai Duraisamy, who serves as its president.

The group I meet includes ‘Sirai gaana’ B Manikandan — known for his uncanny ability to beat a rhythm out of an empty vessel and reel out verses about life inside prison. Mani has sung a song composed by Ghibran for Pagaivanukku Arulvai. There is also 45-year-old ‘Thirukkural’ K Munusamy who has two undergraduate degrees, which he gained whilst incarcerated; Munusamy can flawlessly recite the whole Thirukkural. Among the others, one is adept at playing the keyboard, another, a dholak, while a third is an “excellent poet”, exclaims Anis — clearly, all of them have an eye for art.

Unearthing such talent — as a means to offer distraction or aid in rehabilitation — was the objective when Anis walked into the prison in 2016.

Sponsored by the Government of Tamil Nadu, the filmmaker also had the support of former Superintendent of Prison-I, Puzhal, V Rukmani Priyadarshini.

She says, “Reformation through art was the aim. We had to make people who had no emotions experience a few… like love, pity and mercy, even if it meant generating them artificially. In a drama, these convicts had an opportunity to become one with the role and feel these emotions.”

Emotional is how Srinivasan, too, describes the time he spent at the workshop. “We liked the way he interacted and taught us. He even ate prison food alongside us. We had all these new emotions that we wanted to connect to, and it meant we kept looking forward to the workshop the next day,” he explains.

It presents a stark situation, especially when Srinivasan follows it up with, “There have been times when many of us have woken up at night and felt like ‘offing’ ourselves. Prison life is depressing.”

It means a lot to inmates that someone coming from the outside treats them with dignity — a privilege not extended to them by society — and keeps a promise. 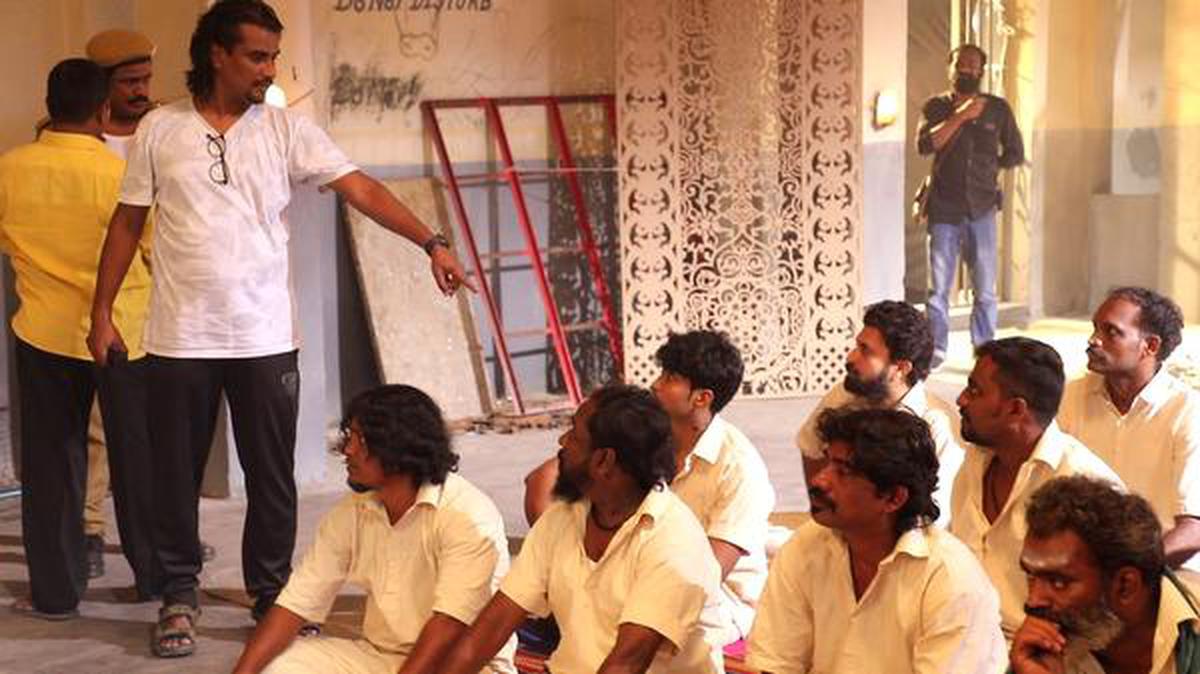 Says Munusamy, “So many people come inside prison and promise jobs to us. But the words they spoke when we were locked up and how they treated us when we were out were markedly different. That is why it was a surprise that Anis sir kept his word. It was unexpected and hence so much sweeter.”

After the week-long workshop, Anis organised the first drama featuring the then Puzhal inmates, titled Haasyakaarargal — an experience that Thiruvur K Damu, 45, says was unique since “we discovered there were variations to laughter”. The group has since performed in at least three different locations, including SPACES in Besant Nagar.

With its screen début imminent, is the group looking to pursue opportunities in films going forward? Anis interjects: “I have told them explicitly that is not an option. The last thing I want is for one of them to run from one production office to another with their photos in hand. I want them to dedicate a small amount of time from their routine lives to art… this venture [of making them a part of his film] is also to create a discussion on giving them opportunities and to break societal stigma against former prisoners.”

Munusamy concurs that the stigma is real, often in-your-face and affects other members in the family. “A relative of mine is looking for a groom for his daughter and the prospective alliance got to know that our family has someone who had been to prison for murder. That was a deal-breaker. In villages, the term kolagaara kudumbam (the murderer’s family) is common usage. It is vile but this happens,” he says. Anis adds: “I’m hopeful that the stigma will be broken.”

Whilst this group of former lifers are examples of novel ideas like utilising theatre for rehabilitation working wonders, these initiatives are few and far between. The reason: such goodwill depend on the acceptance from serving jail authorities. Srinivasan remarks: “The prison’s atmosphere is a reflection of the jail authorities’ mindset.” 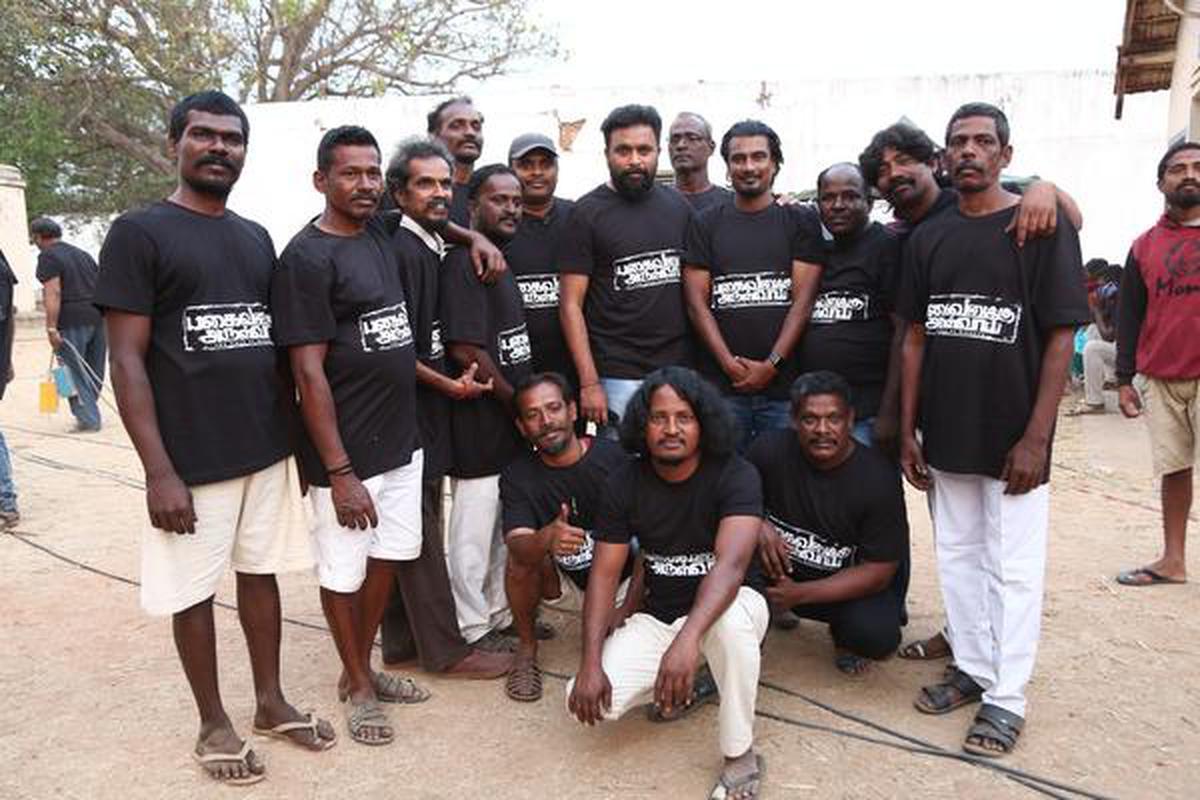 Rukmani agrees. “It is true. For me, reformation was priority. As an officer, you need to work harder, sometimes over and beyond your call of duty to make changes happen because it isn’t easy to convince the Government to sign such proposals. Some officers prefer to run a strict administration and there are others who encourage prisoners to cultivate crops. So, mindset really matters.”

Now the Superintendent of Vellore Central Prison, Rukmani however remarks that she is happy for her former inmates and will be watching the film featuring “my prisoners” at a theatre when it releases. The feeling is mutual. “We know Rukmani ma’am will be happy with our progress,” Sathyamoorthy says.

Dyaneswaran passes away – The Hindu