Home World US Has Reached Out To North Korea, Received No Response, Says White...
World

US Has Reached Out To North Korea, Received No Response, Says White House 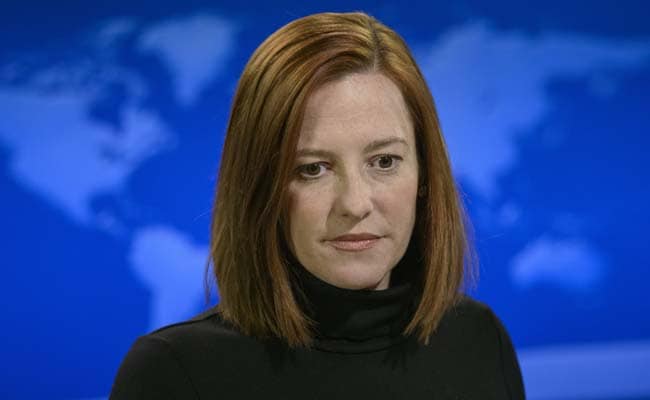 Jen Psaki did not elaborate on what type of escalation the United States was concerned about.

North Korea so far has rebuffed entreaties from the United States to engage in dialogue, the White House said on Monday, as a chill in relations that began under then-President Donald Trump has extended into Joe Biden’s presidency.

Nuclear-armed North Korea gave up on diplomacy with Trump even though he and North Korean leader Kim Jong Un had three high-profile summit meetings and exchanged a series of letters.

Trump had refused North Korean entreaties to relax sanctions against Pyongyang unless Kim took steps to dismantle his nuclear program, which he refused to do.

Biden White House spokeswoman Jen Psaki told reporters that U.S. officials have reached out to North Korea through a number of channels since taking office nearly two months ago.

“Our goal is to reduce the risk of escalation. But to date we have not received any response,” Psaki said.

She did not elaborate on what type of escalation the United States was concerned about. North Korea conducted six nuclear tests between 2006 and 2017.

Psaki said the administration was consulting former U.S. government officials who have been involved in North Korea policy from past administrations while also seeking input from allies Japan and South Korea.

“This follows over a year without active dialogue with North Korea despite multiple attempts by the U.S. to engage…You can all anticipate that there will be a continued expansion of engagement with partners and allies in the region,” she said.

A senior Biden administration official told Reuters on Saturday there had been efforts to reach out to the North Korean government through several channels starting in mid-February.

The Pentagon expressed concern early this month about a U.N. report indicating possible reprocessing of nuclear fuel for bombs by North Korea.

<!-- -->Demonstrators flash a three-finger salute during a protest against the military coup in Dawei, Myanmar.Myanmar security forces opened fire on Thursday on...
Read more
- Advertisment -