Home Entertainment Years of bloody conflict and unending uncertainty have shaped the sensibilities of...
Entertainment

Though it is the suffering around them that spurs their creativity, the end result is a vehicle or outlet for pent-up feelings

For young artists in Kashmir, art is both an escape and a refuge. They are barely 20 or 30, yet it is not love and romance but pain and rage that dominate their work.

Singer, song-writer and composer Mohammad Muneem is 37. In May, a fortnight before the release of his musical album Siyah (black/ darkness), he had to go into quarantine with COVID-19. But that did not deter him; by May-end his album had premiered on online platforms to much acclaim. Siyah, Muneem says, is where everything happens. “Darkness gives you a strange strength but there is no doubt it also drains you,” says the artist, who lives in Srinagar’s Hyderpora area.

With 18-plus songs, the album has four parts — ‘Haal’ (present), ‘Maazi’ (past), ‘Musqatbil’ (future) and ‘Hayaat’ (Existence). It laments a bygone life and childhood and has a melancholic tone. Like Muneem’s other albums, including Ride Home, Jhelumas, Main Aur Tu and The Union, a pained voice and grim images are the leitmotifs of Siyah too, almost like a Muneem hallmark. “It often feels like cause and effect,” says the artist, an engineer by profession, who started his musical journey 19 years ago. “Effect perhaps could be the tone of the work. Cause is what is within and in your life, what has happened to you.”

Years of bloody conflict and unending uncertainty have shaped the sensibilities of the Valley’s artists. Syed Areej, 25, was just another college student glued to the TV watching the news on August 5, 2019, when the Centre revoked Jammu and Kashmir’s Article 370 status. “In the middle of the news, I stood up and rushed to my room. I started penning my first political lyrical ballad in the traditional ‘Ladishah’ style. I was triggered by the slapping of the Public Safety Act on many mainstream leaders in Kashmir, the unending cycle of Internet curfews, and the crackdown on protests,” says Areej. Today, she is the Valley’s first-ever female Ladishah, specialised in the rhythmic and satirical style of storytelling, which also includes a musical instrument played by the performer.

The ‘Ladishah’ art form became popular in the Valley during the Mughal rule of the 16th century when political dissent easily invited the wrath of the rulers. “I see the ‘Ladishah’ as a whistle-blower and political commentator besides holding a mirror up to society. When I uploaded my first video after August 5, 2019, I was surprised to receive positive responses from people. I was scared it would invite action from the State, and I did, in fact, face indirect intimidation,” says Areej. A popular stand-up artist now, Areej uses the traditional art form to raise women’s issues and highlight social evils. “‘Ladishah’ has to be loud and bold. Satire and humour prevent the pain from becoming toxic. We need to learn how to handle pain,” she says.

For filmmakers Faheem Abdullah, 24, and Mir Faizah, 23, exploring themes of pain and loss is how they cope with the situation in their beloved Valley. Their seven-minute musical short, Jhelum Roya, released six months ago, was an instant online hit. “Jhelum Roya is the story of Kashmir. It deals with the complex emotional jigsaw of a ‘half widow’ and her son. It’s an attempt to understand the psychological impact of the Kashmir conflict,” says Faizah, who works as an assistant director with a production house called Mad In Kashmir.

Interestingly, Jhelum Roya deals with the idea of closure but fails to find one. “It’s a fact that tragic stories in Kashmir have no closure,” says Abdullah. The protagonist, the young son, looks everywhere, from city lanes to graveyards, for his missing father, and finally jumps into the Jhelum in hopes of at least finding a body there.

“He finds a ruby stone in the river. It’s the crystallised blood of his father that has turned into a ruby,” says Abdullah. The film is influenced by a real incident in his family. “A relative who landed at Srinagar airport back in the 90s went mysteriously missing the same day. The body was found in the Jhelum later.”

While some filmmakers focus on the conflict’s grim legacy, others like Ghazal Qadri, 27, document vignettes of Kashmiri life, its traditions and culture. Her endeavour to make a calendar based on the six forgotten seasons of Kashmir — Shishur, Sonth, Grishm, Vahrat, Harud, Vandeh — is unique and it now adorns the walls of most Kashmiri homes. “My comics and illustrations are nothing but my personal experiences. I make no bones about my inability to go political in my art,” says the student, now pursuing an art course in the U.S.

Though it is the suffering around them that spurs their creativity, the end result is a vehicle or outlet for pent-up feelings. “It is gut-wrenching to learn that we might be without electricity or telephone or Internet for days or months on end. The only way out I see is in my drawing. I share my tales with people on social media; it offloads my mind, it’s a kind of quick fix,” says Qadri. 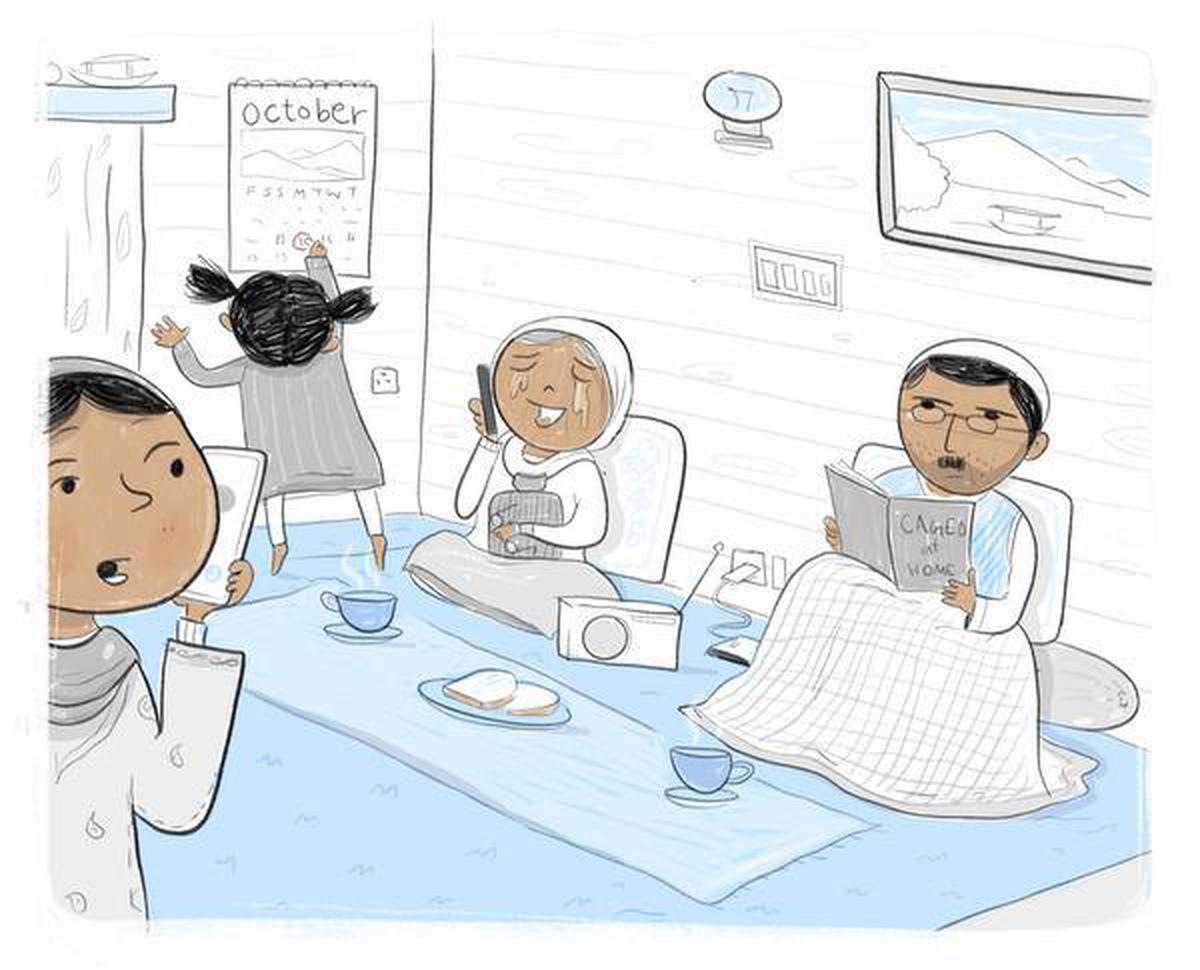 Muneem too feels unburdened after the release of his album Siyah. His lyrics, he says, are an attempt to probe the many layers within:

(Darkness has made a thousand

Though its ways to love are hard

Do not seek any one as your

Only He is your one true partner.)

Offering a richly-designed world and immersive combat, The Ascent changes your mind about not needing a twin-stick cyberpunk shooter in your life Did you...
Read more
- Advertisment -